On December 4, 2016 Italy held a constitutional referendum on an extensive reform of the Senate and the competencies of the regions proposed by Matteo Renzi, then head of the government. Following a sound defeat, where the reform was rejected with 59.11% of the votes against and only 40.89% in favour, Renzi announced his resignation.

At a first glance from afar this may seem another referendum of a 2016 wave where electoral bodies pronounce against their own current establishment and against the European Union. Yet, even though Eurosceptic forces see it as a legitimation of their claims, some considerations hint that it may not be a 60% made of Eurosceptics and there may be deeper and older divides, and Renzi put himself inside it. Furthermore, while the supporters had likely a genuine intent, some parts of the proposed reform raised much concern.

The nature of the rejection

The question was only loosely linked with the EU and was much more about how internal power is divided within the country. This holds true not only as a matter of fact, but also as a matter of the way the referendum was perceived by the voters. For instance, if the EU was seen as a major concern of the question, those traditionally Europhile regions, where European relations are an essential cornerstone of public life, like former 1914 Austria-Hungary, would have voted similarly. Yet, South Tyrol, the province with a German-speaking majority, supported the reform with 63.7% ( http://www.repubblica.it/static/speciale/2016/referendum/costituzionale/province/bolzano_bozen.html ), whereas Friuli-Venezia Giulia, whose capital is Trieste, once a powerhouse of Austria-Hungary and its internationalism, where Slovene-speaking and German-speaking minorities reside, voted with 61% against the proposed reform.

Moreover, it could not be deemed as an anti-establishment revolt like the Trump election. Italy already disbanded its rooted post-war political parties between scandals and electoral defeats in the early 1990s, let Berlusconi fill the void and rise to power and then pronounced him guilty, thus making him unable to run for office due to his conviction. All the current parties rely on a weak equilibrium and seeing them as invincible or even long established electoral forces bears little sense. In addition, Renzi portrays himself as an outsider to politics, an anti-establishment demolitionist (rottamatore) in his own words; he originally obtained power against the establishment of his own party, when former secretary Bersani was not able to form a government after winning only one house of the parliament in 2013. This original power shift could also be one of the reasons behind the fact that half of the Democratic Party was against the proposed reform, despite agreeing on every other single issue brought up by Renzi’s government.

Renzi reached remarkable results in a thousand days, most notably with laws on civil unions and on consensual divorce, as well as stopped the recession trend of Italian economy, despite reaching only a 0.8% growth in 2015. However, his leadership was contested, as he made many cheap electoral promises without a long term gain, such as an €80 tax discount, a €500 bonus for 18-year-old students to be spent on cultural initiatives and museums, and a similar one for public school teachers. He was unable to cut enough of the public debt and he was not doing enough compromising with the constitutional reform. He likely thought that linking the constitutional reform with his own government achievements would have helped him win the referendum without compromising.

However, a common theme of the No side was this proposed uncompromising constitutional architecture that sounded to them not unreasonably as a power grab by Renzi. Together with a two-round electoral system for the Chamber of Deputies that he approved in 2015, the constitutional changes would have granted a majority in the lower house to a sole party that then would have been able to form a government alone, given that the reform proposed a single confidence by the lower house for the government. This “winner takes all” approach that followed Renzi’s mantra “elections do have clear winners”, clashes vehemently with the idea of democracy, as participation and collegiality that surrounds the Constitution and is still widespread and perceived by the people as a bulwark against dictatorialness and one single man politics – such as the ones of Renzi or Berlusconi. Tying this reform with the very governmental politics of Renzi – who portrays himself as the one who fixed the republic unlike the others – served the result to the believer of the single man politics.

So, the picture of Italy this referendum offers is one attached to an idealized past with an antifascist superior moral legitimacy, but with absolutely no clear idea for the future or at least, not a clear idea of the future sufficiently shared among the population to be received by any major political organization. The fall of communism and the scandals of the early 1990s eliminated both the Italian Communist Party and Christian Democracy from the Italian political scene and replaced their respective utopian dreams – or, in a sense, both equally dystopian nightmares – that animated the society with substantially nothing, but political strategy and personal gain. This short-sightedness in itself seems enough to cause a constitutional deadlock: Italy does not see a clear project for the future in any political proposal, but just partisan or even personal gains, hence does not entrust itself easily any more to the political class of representative democracy.

There are some proposals yet to debate from Renzi’s government, such as the debated legalization of cannabis or the many expensive promises that Renzi made, that will probably be now all ignored: the parliament will focus on producing an electoral law for the Senate and possibly for the Chamber of Deputies, meanwhile a weak and short-lived government will be appointed to deal with these issues.

The previous electoral law for both the Senate and the Chamber of Deputies, nicknamed Porcellum, a product of Berlusconi’s government in 2005, was deemed unconstitutional in 2014 and replaced with proportional representation. Later, Renzi had the parliament approve a two-round system – nicknamed Italicum – for the Chamber of Deputies that would grant a majority to the party who wins the second round, but did not enact any such law for the Senate, under the assumption that it would not have been necessary within the framework of his proposed constitutional reform. Following an appeal, this same Italicum will be reviewed for constitutionality in January 2017 by the Constitutional Court.

However, the state of things makes the parliament worry about creating another electoral law:

Such a new law will not be easy to create, as the constitutional court judges already declared Porcellum unconstitutional due to the excessive discrepancy with the popular vote that it generates and they are likely to follow this doctrine again. Therefore, any new electoral law will be free to ignore popular vote representation, while trying to fulfil the wishes of the parliament or play dirty: ignore the court’s doctrine and be quick enough to enact the law and hold elections before the court pronounces it unconstitutional again, then gaining another full legislature to think on the problem.
Anyway, this electoral work is likely to be difficult and probably could be easily solved if the Italian second republic had more willingness to compromise and form grand governing coalitions, like the first republic or just like some of its neighbours. Meanwhile, such a focus on the electoral system diverts attention away from the economic problems of the country, undermining even further the support to the parliament, thus bolstering the support for Eurosceptic forces. 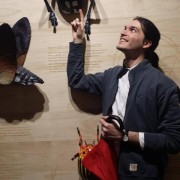