In anthropology there is a much explored characterisation of an exceptional person in a social group that might even be an entire nation. That is the trickster.

The trickster is classically a character in a story exhibiting an exceptional degree of intelligence or secret knowledge which is used to play tricks or disobey normal rules, thus defy conventional behaviour. Tricksters appear in the mythology of many different cultures, crossing and regularly breaking physical and societal rules to contravene the principles of social and natural order, mischievously disrupting normal life then re-establishing it according to their preferences. They can be devious or reckless, clearly disrupting, deriding and questioning authority. That rule bending can take the form of deceit or theft. It describes, using the simplest analytical basis, numerous politicians who have reached the peak of their career as presidents, prime ministers or in other senior offices of state. A short list of contemporary examples would include the names Trump, Johnson, Putin, Bolsonaro, Orbán or Kim. Historically, the list is long; beyond politicians it includes monarchs and sometimes senior religious figures such as popes and founders of religious movements.

Such leadership is seen as extraordinary, it is the charisma of those people that is persuasive, thus inspires devotion of followers, although they retain a mysterious, elusive quality. Some politicians exhibit traits of a well known character from Norse mythology, Loki the shape shifting, even gender bending mischief maker since made popular as a comic book character. In the original tales he becomes a she, the mare who gives birth to Odin’s eight legged horse Sleipnir, after which she is again he. In Greek myths, Hermes is the trickster, the patron of thieves and inventor of lying, which he passed down to Odysseus. Generally ‘trickster’ is the term used for somebody who may have many motives behind their goals, but those are often not immediately publicly obvious because they are intrinsic to that person. Charisma is not always as benevolent as believed; recent history gives us the examples of Hitler and Stalin whose evil nature was fundamental to their leadership which enabled mass following that thrived on fear. Sometimes, however, they appear to be, or be like, a clown; the persona of a ‘performer’ who flaunts their actions in public intentionally for onlookers. As is the tradition of the ‘buffoon’, he or she entertains by playing tricks often standing out by having an exceptional or exaggerated appearance but is not always someone who does things to make people laugh. Playing tricks may be sleights of hand presented as policy to an electorate, as at present doing so in a manner that enriches the wealthy whilst further impoverishing the poor who still support them, but with a comportment that is accepted as part of their ‘amusing’ or ‘unique’ character.

A common characteristic identified across many cultures is the trickster’s subtle balance between creativity and calamity. In the political domain they are gifted in their ability to cause chaos and massive deception with very apparent lies that people accept and dismiss as part of the politician trickster’s character. They do not need to be especially intelligent, instead convincing despite lack of clarity and truth because their followers in many cases ‘gamble’ on their promises being made real. Yet they move from one false promise to another, often almost unchecked, without losing broad support.

At present we need to do no more than follow the House select committee investigation into the attack on the Capitol in Washington on 6 January 2021 in the USA. The role of the outgoing president, defeated legitimately in an election he was attempting to subvert by claiming it was a cheat, is being revealed. The layers of the metaphorical onion unpeeled show a trickster who is, in all probability, responsible for an attack on the physical centre of governance endangering the lives of Senate and Congress and even potentially the murder of his vice president. Yet he still has a large following that would have him stand and regain the presidency again in 2024. That is despite the risk to the democracy that is proclaimed he stands for which he would almost certainly destroy. We can also look at the UK where a prime minister who clearly lied for over two and a half years in office, had a track record of untruths over many years, was finally caught by a lie that rounded off a string of scandals, mostly embellished by lies.

Even then there is a hard core of supporters who do not care what he has done because they want him back, his charisma goes before his trickery, that being part of the charm of the man who even now deceives would be voters seriously impacted by legislation that has made their lives miserable. As we explore the wider political world we find more tricksters than mythological honest politicians. As someone said to me long ago, the cross we put on a ballot paper is also the cross we then have to bear. It is always possible the trickster’s deception has guided our hand to place our cross beside their name. He or she has the last laugh. 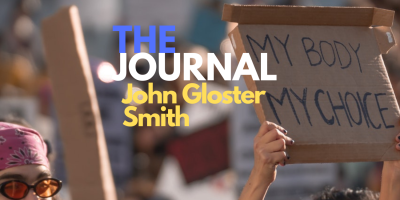 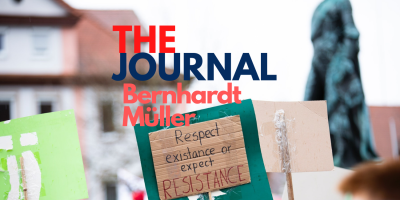