Just to put you in the picture before we go on a little jaunt in that space between human evolution, civilisation before human civilisation and alien visitors where there are lots of variants, beware, I am an anthropologist. That is not to say I do things with bones as people sometimes assume, I do not even go out looking at what people persist in calling ‘tribes’ in remote places and I am definitely not a palaeontologist. Nonetheless, I live in what is probably the part of Europe, possibly the world, with the greatest concentration of the traces of prehistoric human activity. From scant knowledge I have got to know much more than I did and well beyond that working backwards. I have also been a science fiction reader for most of my life. So, I know there is no end without a beginning, no matter how veiled in creative thought the latter so often is. I have, therefore, a reasonable or at least passing acquaintance with what I am looking at here. Just to make it all the more enticing, it is written as four weekly ‘episodes’, following the format of many popular documentaries and science fiction series. There are lots of things in italics. I shall not try, indeed probably could not, try to explain them scientifically. The science I know is far from simple, but nothing compared to this. So get your science dictionaries ready for this journey.

What, you may ask, has any of this to do with The European Network? Plenty, actually. We are never entirely satisfied about who and what we are. This is especially the case right now. In Europe we now have a war that nobody wants, not that anybody really ever wants a war. The aggressor claims it is defensive but has invaded. The invaded nation was not expected to do anything beyond greet the invader, but now they are defending themselves which the attacker says justifies invading to protect themselves. If we think about it and take this war as a halfway decent representation of what we really are, then the question arises: Are we a civilised species?

This essay is dedicated to one of my favourite tribes, the Ah¡buts. They always have an explanation for the improbable for the followers of their sacred beliefs.

Recently an article was passed on to me; its title: ‘Was There a Civilization on Earth before Humans? A look at the available evidence’, by Adam Frank who is a professor of astrophysics. Astrophysics rings an alarm bell that says there have got to be alien visitors in there somewhere. The article appeared in ‘The Atlantic’ in April 2018 and, as is so often the case, the author concluded there is no actual evidence. The fact that there has been no apparent follow through piece seems to confirm the author’s view.

What it brings to mind is that whenever a pseudo scientific theory, be it UFOlogy, speculative palaeontology, amateur archaeology or just pure fantasy, pops up we might laugh because for the ‘initiated’ it is an absurdity they treat as a solution to a question that does not really matter much. We are here, so should be getting on with today and leaving the past to those who scientifically examine it. On the other hand, we might take the fact it is so hilarious, yet large numbers of people subscribe to the mad view seriously, as sad. It is hard to say which is right. Nonetheless, what seems quite appropriate to me, but not to them, would be to put these matters in the hands of a comedian or humorist who studied one of the disciplines like archaeology or palaeontology who can make the funny side funnier. After all, there are flat earth believers who genuinely refuse to accept the globe version, claiming pictures taken from space are fakes. Next!

However, let us look at the question. Civilisation as we know it is a human condition that we do not ascribe to any other species. Thus far. The exception is the unknown in the form of the possibility of alien species on faraway planets that might have an even remotely comparable socioeconomic organisation that defines their lives. The fact they could possibly have vessels that could carry them as far as here suggests they do have civilisation. If not, then their world defies and perhaps even annuls what thousands of people have described, debated and generally examined in detail. Unless our unknown people are also human, do they have what we would call a civilisation?

Now and again a few bones of humanlike beings are found, some have details such as pointed skulls, whilst others have extra ribs or other features that are combined with something about where they are found, why they are there and other intriguing questions about imaginable rituals. It is not so much locations but the depth under the surface, within particular strata and what is found above them. If as much as a single dinosaur bone is found above them then we seem to see an outpouring of what actually become and remain obscure articles, often claiming the finds of evidence of alien visits and attempts to settle that defy all other substantiation of the possibility that aliens have not visited. To call a set of bones a civilisation is stretching the point. If identical finds were made in several places then artefacts, architecture and other configurations of things that we are not sure what they are that suggest any form of proof of civilisation would be essential for proving the case for having been earlier civilisations than our own. At the same time it is almost as though the marriage of Spock to Saavik and the enigma of whether they had a daughter, or perhaps a son, who would be the ancestor of those people is a model we should be looking at. After all, Spock was the child of Vulcan Ambassador Sarek and human Amanda Grayson, proving cross species reproduction, hybridisation if you like, is possible, therefore descendants, like all hybrids would carry different characteristics. The problem there is, no matter how much Star Trek aficionados take their beloved science fiction seriously, it is and can only remain fiction. Even then, to be below anything measurably before hominins divided into the ancestors of and including us is impossible without sophisticated and probably pointless time travel.

Anyway, time travel belongs elsewhere in, for instance, Dr Who, Quantum Leap, Timeless or Outlander, except that there is no time leap backward or forward along the lines of those the ‘civilisations before civilisation as we know it’ theorists want to have it.

To explain about hominins who should not be confused with hominids, although I will probably lose you now and again so take a few well earned breaks and perhaps a headache pill now and again, the hominin group consists of modern humans, extinct human species and all immediate ancestors including members of the genera Homo, Australopithecus, Paranthropus and Ardipithecus. In other words, a hominin, describes any member of the zoological ‘tribe’ Hominini that belongs to the family Hominidae, order Primates, of which only one species exists today, us Homo sapiens, who we prefer to call human beings. The term is also used most often to refer to extinct members of human lineage, some of them well known from fossil remains. Then we have the Hominid group that consists of all modern and extinct Great Apes, that is to say Homo sapiens (us), bonobos, chimpanzees, gorillas and orang-utans, plus all of their immediate ancestors. Got it? Now it gets harder. But you will have to wait until next week. 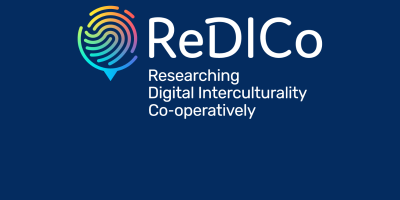 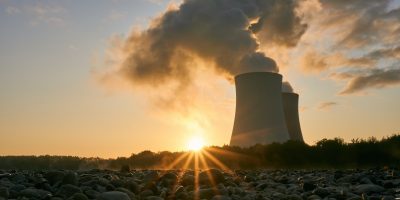