It’s been over a year now since the United Kingdom voted to leave the European Union and what a year it has been. In the UK we have seen court cases, political leadership contests and elections. The Conservatives, already on a wafer thin minority in the parliament, decided to hold another general election believing it will result in a landslide victory. It did not and now questions are being asked about Brexit, whether it will be hard or soft, or even if it will happen at all.

In the remaining 27 countries however things have been running more smoothly. Fear of a far right contagion hasn’t materialised and indeed since the election of Macron in France the European Union has been on a bit of a high. It is for this reason I was disappointed to hear politicians and prime ministers expressing hope that Britain would change its mind on Brexit and call the divorce off.

If the UK did revoke article 50 and decide it was to stay, it would be a disaster for the Union. After the Brexit vote many politicians across Europe, as well as journalists and other commentators, expressed how shocked they were at the result. But was it really that surprising? Anyone with a passing interest in European affairs or British politics would be aware of the high level of Euroscepticism in the country.

Many of the leading UK newspapers were at best critical of the EU and had been for years. Tabloids and broadsheets alike had always pitched EU-UK relations as a battle between the lazy, good for nothing continentals and good, old fashioned, sensible Britain. Often the UK press made mention of the war or relied on lazy stereotyping when writing about the EU affairs. Not to mention the straight bananas.

A long history of dissent

The relationship between the UK and Europe has always been a fractured one. Indeed long before the EU, in the early 1990’s, Britain took a splendid isolation approach to European affairs. The view was that its priority and future lay in the high seas and with the empire. This approach continued after World War 2. While British Prime Minister Winston Churchill spoke about the need to create a “United States Of Europe”, he was adamant that the UK did not belong in such a union.

His feelings were shared by other politicians, notably French President Charles de Gaulle who twice blocked the UK’s entry into the EEC stating at the time that the UK showed a “lack of interest” in the community.

While the UK did finally enter the EEC in 1973, it was never an easy fit. It joined mainly for economic reasons as opposed to any European idealism, and its membership was always a hot topic. Only two years after joining the EEC, the government under Labour was forced to have a referendum on staying in or leaving.

The 80’s saw rising euroscepticism. The Tory party who had led the UK into the EEC decided it was not happy with the terms of its entry or indeed the direction it saw it going. No sooner than taking office in 1979 did the new Prime Minister Margaret Thatcher demand at a meeting in Dublin a renegotiation of the terms of the contributions that the UK pays to the EEC.

Euroscepticism rose within the Tory party, mainstream press and the general population throughout the 80’s, coming to head in 1988 and Thatcher’s infamous Bruges speech. With that speech, the UK falling out of the Exchange Rate Mechanism (ERM) in 1992, and therefore opting out of the Euro, the die was cast on future EU/UK relations .

In the aftermath of the referendum many people expressed their shock and sadness at the result, many more took to the streets in London to show their support for the EU and anger at the result, but the truth is, it was too little too late. People expressing their love for the EU or arguing that their identity as Europeans was being taken away from them should have have made their voices heard much sooner. Not just during the campaign but in the years beforehand. The result of the referendum was the culmination of years of anti-EU rhetoric by the press and politicians. As a consequence, Britain has opted out of the Euro, the Schengen agreement, as well as judicial cooperation. It has also historically blocked attempts to deepen EU defence and has opposed plans to create an European tax system.

It is unlikely things would have changed if the remain side had won the referendum. First off, under the terms of the deal David Cameron won prior to the referendum, the UK had an opt out of  “ever closer Union”. Also, it had passed new laws requiring a referendum to be held on new Union treaties that transferred decision making from Westminster to Brussels. It would have been unlikely that all the press hostility to the EU would have just vanished in the wake of a remain victory and more than likely another EU referendum in the UK would have been lost.

So what now for the EU?

There is no denying that a country leaving the Union is a big blow. The journey towards an integrated Europe and the concept of an ever closer union was meant to be a one way street. However, the EU has so far managed Brexit well, by first sticking to the position that no negotiations can start until Article 50 is triggered, and then by holding a united front in the negotiations. It has become increasingly rare for the member states to unite on any topic, but Brexit has seen the EU 27 speak with one voice, a situation I am glad to see.

Outside of Brexit the European project has had new life breathed into it. The election of Macron in France has renewed hope of reigniting the German-Franco alliance, and of promoting further EU integration, particularly in relation to the Eurozone. Things are also looking up in the area of defence, with renewed optimism that Europe can move forward and finally set up a meaningful defence union.

This is something that would be impossible without Brexit. The UK had always opposed such a union, even in May of this year it was still blocking attempts to create a European Defence Headquarters. The EU still faces many challenges in the future, be it in relation to migration or opposition to tax harmonisation, but the crisis of Brexit has united the member states like never before and there is renewed hope in the union.
It was this reason I was dismayed by various politicians expressing hope that Britain may reverse the Brexit procedure and remain in the union. While I understand this position from a political and diplomatic stand point, I do not believe it is doable or desirable for them to remain in the union.

Yes, if Britain remained, it would solve a lot of problems, be they in relation to citizen rights, the Irish land border or indeed trade itself, but all the old problems associated with them would remain and may even increase. In the highly unlikely situation that they were to stay it is hard to see the hostile relationship improving. The right wing press would see the move as a betrayal and would continue to attack the EU; UKIP could rise again as hard line Brexiters leave the Labour and Tory party, and the momentum and optimism that has built up over the last year between the 27 member states and institutions could be lost.

I do believe the future can be bright for the EU and that we can move on from the crisis of the last few years and build a stronger union and a better future, but it is unfortunately a future that cannot include the United Kingdom of Great Britain and Northern Ireland and we need to accept that. 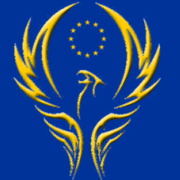 European Voices – a message from Poland by Maria Anna Adamiuk