Jose A Medeiros Macedo, a native of Horta, on the Azores Islands, gives us his insight into Scotland and Catalonia’s push for independence and why they should not be greeted with the usual scepticism by the EU.

National interests and vanities are a major obstacle to a better, unified Europe. Across the last decades these issues have hampered the building of a truly European union. Such national interests have recently increased as several countries have more radical left- and right-wing governments as the result of the rising populism and migration issues.

Within this context independence movements are emerging and resurging across Europe, with Scotland and Catalonia being the most prominent at the moment. At a first glance these movements seem to bring in some instability into the European construction process by potentially causing further fragmentation of the EU space. However, such nations as Scotland and Catalonia, though exhibiting deeper nationalist sentiments, are quite pro-EU as they desire to remain in the European Union. Yet these independence movements may well contract the strength of national egoisms which themselves are expanded nationalisms.

Curiously enough, these pro-independence political organisations are surging within the most populous countries of the EU, namely the United Kingdom and Spain, but not only there. This may pose important questions on the equilibrium between the most and the least populous EU member states since the stronger call for unity is nowadays to be concentrated within six or seven larger countries. This unbalanced status is one of the main reasons for the distrust and selfishness among EU members thus causing significant obstacles to European unity.

In fact, a further fragmentation of the larger countries will bring in a new equilibrium among all countries by diminishing their territorial controlling capacity and by providing a stronger cohesion among states through weakening the distressed relations among them. The identities of such separatist regions are much too strong to be included in greater national spaces. Furthermore, their future direct relationship with Brussels can carry greater advances and precise policies to them following the actual models and goals for the regional policies in the EU. These are just some of the advantages for the independent regions, apart from the benefits for the EU as a more cohesive and stronger political and economic bloc.

In order to achieve such goals, these regions must be supported as new members of the EU without having to leave and re-apply again, thus simplifying the whole accession process. However, some important political and legal impediments by the countries controlling the sovereignty on these regions may obstruct further advances on these issues and thus delay all the processes. It is necessary to warrant fast entrance mechanisms to such regions as an inducement to avoid negative influence within these difficult circumstances we live in. Consequently, it will be easier to get some national concessions, but to avoid some kind of blackmail to any country at the same time. It is not an easy process and only a fair balance among all the players can achieve credible results. 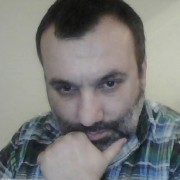 Jose A M Macedo
Jose A M Macedo is based in the Azores Islands, Portugal and is an independent PhD researcher in Plant Ecology. He holds a Doctorate in Biodiversity, Genetics and Evolution by the University of Porto, Portugal. Jose is passionate writer about European issues across the continent and he is also naturally interested in climate change impacts in biodiversity at a global scale.

Brexit could be triggered as early as next month: Kenny