Western Europe is increasingly more popular as the destination for the youth sector of the western Balkans. Klaudjo Kavaja investigates the outcomes of a lost generation.

In an era of interconnectivity and fast distribution of information, the modern youth sectors around Europe are better informed and can compete for opportunities that are presented to them in developed countries. And it is no different for the youth of the western Balkan states. A concerning fact for the socioeconomic and demographic dynamics of these countries is that those who wish to emigrate, expect to do that on a permanent basis. Consequently, one could assume that the region is faced with the threat of a lost generation, caught between political and economic transition and a decision to emigrate.

This desire of young people from the Balkans to migrate out of their countries seeking better living conditions and economic opportunities does not come in vacuum. On a global scale, migration has become of the main policy issues for the EU, especially after 2015 when the migrant crisis resulting from the conflicts in Syria and Iraq showed the deep division within member countries of how they should deal with the issue. Some of the leading EU countries like Germany, with its economy growing, lower birth rates and population ageing, have labour shortages in key economic sectors that are being filled by migrants. The existing political climate in the Balkans, coupled with slow growth have increasingly lead these people to move abroad in search of a better future. Most youth think that change at home is painstakingly slow or it does not take place at all while jobs are scarce, nepotism strong, resulting in many of them feeling disenfranchised from the decision-making processes.

In Serbia a recent poll conducted by Srbija 21 and reported by Euroactiv Serbia showed that one fifth of Serbian citizens want to leave the country, with youth aged 18-29 representing one third of those who want to migrate abroad. The reasons are similar as with other neighbouring countries, in those wishing to leave citing poor living standards, scarce job opportunities, and the internal political situation in the country as the reasons that have pushed them to take such decision. A recent example of disenchantment was the  wave of protests that place in Belgrade, drawing tens of thousands of people in the street, including opposition sympathisers, students, and artists against the incumbent President Aleksandar Vučić.

Another migration poll conducted by Gallup showed that Kosovo is leading in the region with forty six percent of its citizens wishing to move abroad, followed up by Albania, Bosnia, and Macedonia. Most of the regional countries face similar socio-political challenges while Kosovo remains the only country in Europe whose population remains isolated as visa requirements have not been lifted yet, even if the country fulfilled all the conditionalities set by the EU to achieve visa liberalisation. If you add to that governance problems and the highest youth unemployment rate in the region, it is no wonder that people want to look for a better future elsewhere.

The situation in Albania is similar, with more than 1.6 million Albanian citizens living abroad, whereas the 2011 census put the number of Albanians living in the country at around 2.8 million people. The a national agency of Albanian institute of Statistics, in its latest report highlighted that three hundred and seventeen thousand people left the country between 2011 – 2017. Such trends are usually seen in countries coming out of war or large natural disasters. Yet, unemployment, lack of opportunities, unsuccessful reforms and a slow progress towards EU membership, along with a political system that after the fall of communism seemed to be more interested in how to enrich itself than developing the country has pushed its young and bright minds abroad. Thus, German has become the go-to language for most youth who see their future as being outside their country.

In a similar trend with other regional countries, youth in FYR Macedonia and Bosnia and Herzegovina are pushed to migrate abroad due to many different factors. Youth unemployment rate remains high at over forty six percent for FYR Macedonia and near fifty four percent for Bosnia. This results in a lack of opportunities and cost of living (rent, utilities, food) also in these countries like the rest of the region is considerably higher that what an entry job could earn. If you add to that internal or international political disputes such as the name dispute between FYR Macedonia and Greece and one of the most complicated governing structures in Bosnia that aims to balance between the interests of the three main ethnic groups, it is no wonder that young generations feel more detached for countries political elites and increasingly are looking for a better future away from their home countries.

Overall, unless the state systems improve vastly, the move away from the Balkans by it’s young people seems to continue for the near future unfortunately. 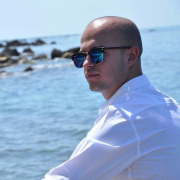 A Brexit bridge too far?

Making progress in the Balkans? As frangible as chopping a Macedonian salad