Many European non-EU states have been under scrutiny during the last few years on allegations of violations of human rights. Quite recently, the Serbian Parliament came to the spotlight due to some events related to exactly this.

On December 24th 2016, during a session of the Parliament, a member of the Serbian Progressive Party, Aleksandar Martinović, accused Member of Serbian Parliament Marinika Tepić of being against the new Agency member Danica Marinković, only because Ms. Tepić and her former party president “have promoted homosexuality”, and new member of the agency is “married and has kids”, implying an existing bigotry in Serbian Parliament, which is stronger than it has ever been among common Serbian people.

Mr. Martinović was interrupted by the President of the Parliament, Maja Gojković, on his homophobic ramblings, not because he was offending people with different sexual orientation but, because the “minister Ana is here”.

Ms. Ana Brnabić is the minister of public administration of Serbia and is the first-ever openly homosexual politician to be part of a government in a Balkan country. In this case, she did not intervene, but her presence surely affected and hid the true position of a portion of the dominating party towards sexual identity. So if Ms. Ana hadn’t been there, one of the representatives from dominating Serbian party could proceed with the promotion of homophobia without any problems.

On the other side…

These kinds of events are happening in the “other Europe”, the one that is beyond the Hungarian fence, which is protecting modern Europe from whatever it should, outside the rules and principles that govern the Union. However, the grass is not always greener on the governed side. In the European Parliament, Polish MEP Janusz Korwin-Mikke declared that women do not deserve the same wages as men, as they are weaker and less intelligent.

As it was to be expected, many MEPs, most of them female, reacted to his statements; some of them even suggested that Mr. Korwin-Mikke should be deprived of his right as a member of the European Parliament, given his history of discriminating and controversial accusations. Not long after this incident, the president of the European Parliament, Antonio Tajani, suspended the Polish MEP and banned him for being present in the sessions for a year, stating that he will not tolerate this kind of remarks and behaviour.

We in Making Europe Again, understand and embrace the similarities among societies in Europe instead of focusing on what sets us apart. Nonetheless, there is also much work to be done to deal with and educate those that still deny the basic civilizational norms that define the European identity, and hence, that we believe in.

In the future, let’s try not to bother more “Anas” to keep human rights as the top priority in the political arena. 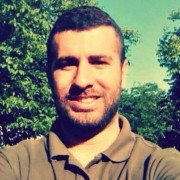 Why June 8 will be another referendum on Brexit – and what Remainers can do now?

French elections: round five, the final round. But wait there is another one; the last punch is yet to come.