The word ‘shenanigans’ was mentioned a lot last week, usually with the word ‘political’ placed before it. But isn’t it rather whimsical to describe the current situation in parliament as ‘political shenanigans’ when the outcome is more serious that this word suggests?

The dictionary definition; tricks, pranks, nonsense, petty cheating, conjures up imps and devilment and merry old Englande (zip-wire –Boris?) and etymologically speaking, some claim it derives from the Irish  ‘sionnachuighim’ ‘”I play the fox” (would that be Liam Fox?) or maybe from an old Spanish word charranada meaning ‘trick’. Others suggest it could be German from Schenigelei; the craft of the peddler (as in Nigel Farage craftily securing a German passport). Wherever it comes from, ‘shenangians’ is clearly a European word to describe a European problem; our all-consuming question – shall we stay or shall we go?

But surely a phrase like “This government and their shenanigans!” is too benign and inoffensive for our dilemma. It suggests politicians are up to things that we don’t fully understand; a kind of deference, a case of sofa politics and of switching off instead of on. It’s hardly a slogan for action on the streets. So should it be allowed to embed itself into our thinking? Because that’s what words do. They infiltrate the psyche and influence not only our thoughts but also trigger a physical response. Yes, according to cognitive psychologist Elijah O’Donnell from The Conversation January 10th 2019, Simulation Theory demonstrates that ‘reading words on a screen or listening to a podcast activates areas of the brain that …..make it all the more easy to turn words into actions’. The phrase ‘Take back control’ was not an accident; it was both an aspiration and a call to action.

So if this is the case and if we want people to get off those sofas and act, then we need strong words; words like demand, claim, insist, and challenge and they need to be directed to the right people. Of course we want to persuade dissenters to see the benefits of being in a sophisticated European community but we also need to forge an alliance with those quiet, polite citizens of the UK who wanted a different outcome to the referendum of 2016 but who are still too intimidated to say so. Many public figures have stepped to the front with their irrefutable arguments, but are their words reaching those at the back; the timid, the too-polite, the unthinking, the afraid? With the possibility of a second referendum creeping closer, we need more than rhetoric, we need an orator; a leader who knows that the word ‘shenanigans’ won’t cut it, who understands how words can motivate, entice and cajole; someone who can persuade all those doubters, worriers and dissenters to walk into a voting booth and place a tick next to an option to “REMAIN”. 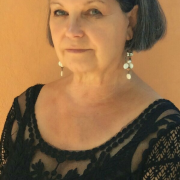 Making progress in the Balkans? As frangible as chopping a Macedonian salad

How Brexit has become a crisis of democracy