Stella Bass has a keen interest in Irish history and politics gives us an account of British women who played a vital role in the development of peace in the Irish state.

Exactly a century ago the inaugural meeting of Ireland’s first Parliament (Dáil Éireann) saw Constance Markievicz appointed to the Cabinet, the first woman in Western Europe to hold such a role. English-born, she nevertheless became one of the key figures in Ireland’s fight for independence from Britain, and it was only her gender that saved her from the same fate as her executed 1916 Rising male colleagues.

In the one hundred years since that appointment notable female leaders on either side of the Irish Sea have worked to both build Ireland’s international standing and to come together to try to solve the unrest in Northern Ireland – known as “The Troubles” – which came to a head over the three decades from the late 1960s. The provenance of The Troubles was in the division of the island of Ireland through the 1921 Anglo-Irish Treaty – a Treaty so polarising in the brand new country of Ireland that it caused a year-long civil war in a land which was only just starting to recover from the successful War of Independence against Britain.

On the surface, Margaret Thatcher would appear to be an unlikely candidate for inclusion as an ally of peace in Northern Ireland. The first female British Prime Minister – and a formidable politician – she was staunchly pro-United Kingdom. Despite an assassination attempt on her life by the IRA, she worked in conjunction with the-then Irish Taoiseach (Prime Minister) Garret FitzGerald to establish the Anglo-Irish Inter-Governmental Council, and four years later, in 1985, the Anglo-Irish Agreement, in which Britain for the first time gave the Republic of Ireland an advisory role in the running of Northern Ireland. With the paramilitary campaigns on both sides at their highest intensity, the relationship between the two countries had never been more fractious. So these peace agreements of the 1980s were no mean feat.

The Troubles, however, continued, and polarised opinions in the Northern Irish political parties remained. Under Tony Blair’s Labour premiership, a cautious optimism emerged, while the appointment of Mo Mowlam as Secretary of State for Northern Ireland was a huge catalyst to moving the province towards some kind of lasting peace. Her former colleague Peter Hain described how she “cut through conventions and made difficult decisions that gave momentum to political progress”. Overseeing the negotiations from which emerged the 1998 Good Friday Agreement, she risked her safety by engaging with paramilitaries on both sides, but her efforts helped to formulate the IRA ceasefire and also extracted an assent from Ulster loyalist factions to engage with the peace process. Her legacy is fondly remembered, though her actions did sully relations with some in the Unionist community.

By 2011, peace had fully broken out on the island of Ireland and had become the norm. Irish President Mary McAleese, herself born in Northern Ireland, had long been eager to host a state visit by Britain’s Queen Elizabeth. This became reality when the Queen’s plane touched down in Dublin on a sunny May morning that year. It was the first visit by a British monarch since Ireland had gained independence, and was widely recognised as a diplomatic success: the Queen’s outfit on her arrival was green, she gave an opening greeting in the Irish language at the State Dinner, and laid a wreath in the Garden of Remembrance to honour those who had lost their lives fighting for Irish freedom. Meanwhile, the Irish Army Band struck up “God Save the Queen”, something which would have previously been uncountenanced on Irish soil.

Interestingly, all these woman were British-born. Yet, whether they made their lives and affiliations to Britain or to Ireland, they made great strides towards the goal of a safe and prosperous future for those on the island of Ireland.

Then came 2016 and Brexit. The spectre of political zealotry and misguided nationalism leading a great country to gloriously careen off the cliff in the name of the so-called “will of the people” is frightening, and a blow to the work Theresa May’s female political predecessors – and of course their male colleagues – fought so hard for. Undoubtedly, Britain’s relationship with the EU has been deteriorating, but Brexit offers nothing but fantasy to the many genuine Britons whose day-to-day circumstances are tougher than they should be.  May initially advocated for Remain, subsequently switched sides in the Conservative Party power grab that followed, and then ditched her own negotiated Withdrawal Agreement in order to cling on to power, with no regard for the Good Friday Agreement and the very real risk to peace. Whatever would Thatcher’s Iron Lady persona think of such weak dithering?

The story of Ireland, Northern Ireland and the status of its invisible border is yet to unfold in the Brexit chaos; however, history will remember the efforts and sacrifices made by these women who did their best to advocate for a peaceful island and a hopeful, prosperous future.

History will likely not be as kind to Theresa May. 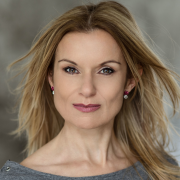 Stella Bass
Stella Bass is co presenter of Europa United 's Eurochat podcast. Stella is based in Dublin and is a musician, actor and radio presenter with extensive experience in Irish media.

Valencia; Land of Light and Love