As time goes on, it is increasingly unlikely that Brexit will be prevented but some are still fighting hard and we salute them. And nobody is fighting harder than our very own Madeleina Kay. Here, Madeleina gives us a report on the ongoing resistance to Article 50.

I am privileged to be part of a group of Remain campaigners, known as the EU Flags at the Proms Team, that organised the publicity stunt outside the Supreme Court on the 5th December. The stunt to marked the beginning of the Gina Miller trial to determine whether the prime minister could Trigger Article 50 and commence Brexit negotiations without parliamentary approval. Our team wholly supports British Sovereignty so we decided to show our support for the judge’s ruling that Theresa May should not be allowed to Trigger Brexit without support from MPs. We organised a red open top bus with Remain campaigners dressed as judges and an ad van with a parody of Farage’s “Breaking Point” poster to park outside the Supreme Court and then drive around London for the day. I was honoured that my artwork was displayed on the ad van and also printed on leaflets that were handed out by the campaigners with the facts of the law case, to educate and raise awareness about the significance of the trial. The stunt got a lot of media attention outside the Supreme Courts and we featured on BBC News, as well as appearing in the Guardian, the Financial Times and the Observer amongst many other publications, which was fantastic publicity for the cause. We had great fun driving around London on the bus spreading the pro-EU message; we not only raised the profile of the Remain Campaign, but it was also a great morale boost for all those challenging Brexit. We were gratified to receive a thank you email from some of those present in the law courts, including Gina Miller’s lawyer, who said their spirits were lifted by our entertaining stunt at the start of what was otherwise a very serious legal battle.

Due to my involvement in the campaign, and the effort put into co-ordinating the stunt, I was very anxious, and then, of course, relieved to hear the final outcome of the case was won by Gina Miller and her team of lawyers. As A.C.Grayling says ‘May has no mandate’ for pursuing her Brexit strategy, especially now that she has finally unveiled her “Brexit Plan” to be about as hard-core as a Brexit can get. The problem with holding a referendum before a plan for the outcomes has been decided is that people make a decision without knowing what they are voting for; And I question how many of those that voted Leave on 23rd June (which was only 27% of the UK population), actually want to leave the single market; moreover, how many of them still want to leave now that the truth behind the Brexiteer’s campaign lies have been revealed and the negative impacts of Brexit (such as the falling pound and Marmitegate) have come to light. Furthermore, many people didn’t vote at the time, because the lack of a plan meant they didn’t understand what they were voting for, and I wonder how many would vote now to put the brakes on Theresa May in her Brexit Bandwagon that is about to car crash our economy and society into disaster.

Theresa May has no right to right to wreak the havoc that she is proposing. It is clear from her absurd mantras; “Brexit means Brexit” and her ridiculous call for a “Red, White and Blue Brexit” shows that she is completely clueless and as unfit for the job of leading our country as Donald Trump is for the President of the USA. The EU Referendum was a complete democratic shambles, that shouldn’t have been called in the first place and the outcome was utterly misinformed; It is totally unacceptable for an unelected prime minister to then misconstrue that result as a justification for pushing forward her Brexit agenda; So I am relieved that MPs have won the right to stand up for good sense. However, the next rung in the ladder out of this bottomless Brexit hole we seem to have dug ourselves into, will be to convince our MPs to act in the best interests of our economy, society and environment and block the triggering of Article 50 (as is there right as the “expert” professionals who will have to deal with the devastating consequences of Brexit if they allow it to occur). Herein lies the next challenge, can we convince MPs to vote against the outcome of a “supposedly” democratic vote? Although, I still challenge the notion that a result based on lies, misunderstand and misinformation can be counted as democratic. There is a myriad of reasons why MPs should act in the best interests of their constituents to block Brexit, but it is our now our duty to persuade them to do so. We have won the Supreme Court case, a crucial victory, now we must commence the next battle; write to your MPs, launch local campaigns, attend protest marches and make your voice heard. I think it is an outrage that Gina Miller has been subject to death threats and racial abuse for the excellent, professional work she has been doing on behalf of the country, however, it gives a clear picture of the type of people and the toxic rhetoric we are up against. Nonetheless, we can’t allow ourselves be bullied by such destructive attitudes and negativity; I believe that if we stand united we can make the world a better place for all of its citizens. 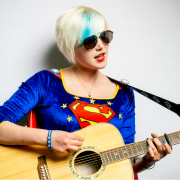 The Judgement of the Supreme Court – Leviathan versus Moloch