Currently, all British citizens are still citizens of the European Union. However, with Tories heading to a hard Brexit, a “bankrupt” British electoral system in favour of the big parties and with a political leader of the major opposition party indifferent on Brexit, it all looks like British citizens will be robbed of their precious rights as citizens of the European Union within the next two years. Furthermore, the other political opposition leaders are still failing to unite. So, you can not count on them either. There is currently just one chance to stop Brexit or at least to stop a hard Brexit from happening: you need to engage yourself, as a citizen of the European Union.

Britain needs a grassroots movement by all Remainers.

Here is a proposal in ten steps how it could work for the upcoming general election: 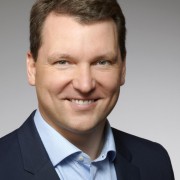 The turmoil in Macedonia- spark in a gun powder keg

EU leaders are right to play hardball with Britain over Brexit.