On the night of the 27 April, nearly 200 nationalists sympathizing with the ruling party in Macedonia, VMRO-DPMNE (Internal Macedonian Revolutionary Organization – Democratic Party for Macedonian National Unity) stormed the building of the parliament in Skopje without being stopped by the security police. Some of the men were masked. They attacked MPs with chairs and other objects, pulled women’s hair and the end result was dozens of those in the ambush were injured. Among them – the leader of the Social Democratic Union of Macedonia (SDSM) Zoran Zaev.

The formal cause for the radical actions of the VMRO-DPMNE supporters was the election of Talat Xhaferi, an ethnic Albanian, as chairman of the Macedonian Assembly. After taking an oath, Mr. Xhaferi began to speak in the Albanian language and this set the spark of the rebellion on fire.

Macedonia is in a difficult political crisis since 2015, since the leader of SDSM, Zoran Zaev, facilitated the release of 670,000 wiretapped recordings of phone conversations on 20,000 phone numbers. Zaev released recordings that involved public officials, containing allegations of corruption, electoral fraud, and even the cover-up of an alleged murder. The release of the recordings set off daily protests in Skopje and elsewhere across the country that escalate year after year .

Macedonia it seems, a country which had been part of the former Yugoslavia, has never been stable since Skopje declared independence in 1991. There is a real danger of creating an ethnic conflict between Macedonians and Albanians. Ethnic Albanians in Macedonia are 25.5 % of the country’s population, and the Albanian language currently is official in the municipalities where the Albanian ethnicity accounts for more than 20% of the population.

Two months ago, the Macedonian president George Ivanov, refused to give a mandate to form a government of SDSM leader Zoran Zaev, who proposed a coalition cabinet with the three Albanian political parties. Ivanov’s motive for the refusal was the common platform of the minority groups who demanded the introduction of the Albanian language as official.

The outbreak of ethnic conflict is even more likely given the fact that VMRO-DPMNE is attempting to present the current crisis as ethnically provoked and the media in the country presented the April 27 events with titles such as “The People Returned to Power”.

A conflict arose between the government and ethnic Albanian insurgents, mostly in the north and west of the country, between February and August 2001. The war ended with the intervention of a NATO ceasefire monitoring force. Under the terms of the Ohrid Agreement, the government agreed to devolve greater political power and cultural recognition to the Albanian minority. The Albanian side agreed to abandon separatist demands and to recognise all Macedonian institutions fully. In addition, as part of the accord, the National Liberation Army of the Albanians in Macedonia were to disarm and hand over their weapons to a NATO force.

VMRO-DPMNE, a party which has proclaimed itself as Christian democratic, but has been described as nationalist,  is in power now for more than a decade. The party is led by Nikola Gruevski, a one-time technocrat who turned into a populist in the mould of Turkish Recep Tayyip Erdogan and Hungarian Viktor Orban. The rule of VMRO-DPMNE came under attack in 2015 when Zaev produced incriminating tapes implicating Gruevski and his close entourage, including family members, of abuse of power on a grand scale. After a wave of protests, Macedonian parties agreed under EU mediation to hold early elections and set up a special prosecutor to investigate the tapes.

Postponed twice, the vote was held in December 2016. VMRO-DPMNE had a narrow lead but could not form a coalition because it would not accept the conditions put forward by the DUI, its former partner, and the rest of the Albanian bloc. Under the constitution, it is the turn of SDSM.

But the Macedonian President George Ivanov, elected on a VMRO-DPMNE ticket, refuses to hand the mandate to the Social Democrats. The justification for breaking the constitution is the threat of SDSM “Albanianising” Macedonia.

Recent events have cast a shadow over hopes for a change of government and a rollback of Gruevski’s power networks. The incumbent elite’s unwillingness to surrender power confirms that Macedonia fails even the minimalist definition of democracy. The ethnicalisation of the crisis is a harbinger of more trouble. The Balkans seem to have always been “the gun powder keg of Europe”. And an ethnic conflict in Macedonia can easily lead to the involvement of Bulgaria, Serbia, Albania,  Greece and even Turkey in it. 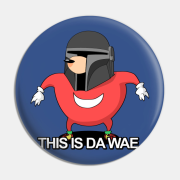 How to stop Brexit through the election?