Tomas Ambra looks at languages and how vital they are in our future Europe.

Free movement of goods and services, one of the EU’s core pillars, is a great achievement that results in higher efficiency, economic growth and overall prosperity. However, the true potential of the EU single market is not fully exploited due to various language barriers and laws that hinder businesses and natural social interaction. It is still the human being that engages in providing services and trading. Given the diverse cultural landscape of Europe, it is not always as easy to move around and communicate as it is, for example, in the US, where the overall political, economic and social systems are more integrated. In this regard, the EU has 24 official languages and even the best linguists, not to mention regular citizens, cannot master all of them.

As a matter of fact, if a person intends to provide services in another European country, he or she is faced with a bureaucratic nightmare and protectionism. More specifically, if a Finnish citizen wants to open a consultancy firm in Spain, if a Dutch person lives in the Czech Republic, if an Italian student gets around in Germany, or if a Slovak national works and lives in Belgium – the state and regional language laws prevent these citizens from communicating effectively with the authorities, in the banks, insurance companies, bakeries, stores, etc. These hurdles are sometimes too discouraging for people to relocate or engage in business activities elsewhere in Europe. Lack of communication leads to misunderstandings, consequently missing out on new business and life opportunities. A federal language is needed to facilitate the communication and information flow, but also to stand as a reference point to whatever we do. This idea is not to erase all the existing languages, but rather to offer an add-on while keeping regional identity and pride. This leads to an obvious question: which language should it be then?

Most used foreign (second) language per country. Source: Author, based on Special Eurobarometer 386 published by the European Commission.

Figure 1 depicts the most widely used second languages in the EU. English is spoken by more than 75% of the EU countries and, having the UK out of the union, it may as well serve as a neutral language for communication. Brexit is a negative, but also a positive development for the EU.  There would be no association with superiority of one nation and inferiority of the rest.  Also in terms of efficiency and difficulty, German and French languages are not the easiest to learn. Lastly, it is not only the inner dynamics of the EU that play a significant role, but also the outside world relations. According to Ethnologue, a trusted language research database published by SIL International, the second most spoken language in the world is English with more than 940 million users, right after Chinese with over a billion users.  French takes the 7th place with 270 million and German the 10th with 210 million world-wide users. It is thus safe to say that English is rooted deeply in today’s globalized world, influencing businesses, markets, music, movies etc. But, more importantly, it is a communication means for conferences, scientific publications, project proposal/research grants, university master programmes. Not to mention all the technological devices and nifty applications that are coded by using English syntaxes (in Java, Python, C++ and many more). And these are the aspects of our modern digital economy and scientific progress that are highly likely to evolve further.

Refocusing back on Europe, all European citizens should have the right to carry out important tasks independently, without having a translator behind their back. A European federated platform would solve a lot of problems, but it will surely not happen overnight. We can and should start slowly by introducing a platform with a common language for official documents, such as tax forms, insurance policies, bills, contracts and various correspondence sent by public authorities; and this should be accessible for all European citizens in order to gain independence when carrying out these tasks, as well as to gain necessary understanding of the laws and requirements of the given European country. With regard to long-term goals, it would not be so uncommon to establish bilingual signs. Examples can be found in the US, Wales or the city of Brussels. European public spaces such as train stations, bus stops and hospitals should function bilingually not just for working European citizens, but also for tourist who would pretty much appreciate to know how to navigate and take care of themselves. It is needless to say that billboard signs and police announcements should follow the same pattern for safety purposes.

We should make use of the existing foundations which are deeply rooted in our system. Re-purposing the current structure(s) to French or German would be extremely costly in terms of time and money, which is why English should be embraced in future discussions related to federation platforms and other European functioning/integration schemes. 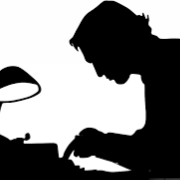 Tomas Ambra
Tomas Ambra is a researcher with a background in Geography developing certain applications in the field of applied economic sciences. Tomas has lived, studied and worked across Europe,

Farewell AFD – Social Democrats are back