Pascal Le Tendre-Hanns argues that over these last three years the British public has been consistently exposed to the idea of an imagined conflict between the ‘will of the people’ and the views of our elected MPs. Not only does this conflict not exist, it is a deceit constructed by hard right Nationalists seeking to undermine their democracy in pursuit of their ideological obsession.

Parliament is the collection of our elected representatives. Every few years we come together and we vote for various political parties on the basis of the promises they make. The political balance that emerges from that is the result of our votes. Parliament and the MPs who work there are the representation of the political will at a given time in this country.

And we cannot pretend that there was no choice at that election. Many candidates did stand on a platform of absolute commitment to Brexit. Yet too many forget the actual result – the Conservatives lost their majority. The politics of the extreme Brexiteers were rejected by the public and the Conservatives lost seats to parties who ruled out leaving without a deal (or indeed ruled out leaving entirely until a new referendum had been held). There was no mandate to ‘crush the saboteurs’. Dominic Cummings has trained this government to say that politicians can’t choose which votes they respect. It is time for everyone to learn that this includes the national vote held in 2017.

Now it’s true, Parliament is not always popular and though it is unquestionably the product of our votes, people do not always feel a great attachment to it. But the near-daily assaults on the legitimacy of Parliament are something far more sinister. It’s on social media, it’s on TV, it comes from newspaper commentators, from government politicians and spokespeople, from the Brexit Party, from the Conservatives – on every front, an attack on the institution that defines representative governance. For all its flaws and problems, there is no justification for these attacks. The reality is that Parliament possesses a democratic legitimacy that vastly outstrips that of Johnson and his tyrannical advisor.

That is why the continuous attacks on Parliament and MPs, most recently taking the form of an unprecedented suspension of Parliament, should be deeply troubling to all who believe in democracy. If Parliament is not fit to act as a legitimate representation of the views of the people in this country, then who or what is? Are we supposed to believe that Boris Johnson alone can channel the whole political will of the country? Is it really possible that the Prime Minister knows all that needs to be known, that he commands total support from the entire country and that he has no need to be held to account by anyone else? This is the kind of one-man, unaccountable and arbitrary rule that violates every democratic standard. Johnson is acting as the kind of despot that Parliament exists precisely to keep in line.

All this brings us to the tortured game that the Brexiteer government is playing. They claim they are defending democracy in the form of the 2016 referendum from a Parliament that does not represent the public. Yet the referendum does not hold any more legitimacy than Parliament does. Indeed it arguably holds less for two key reasons. The first is quite simply that this current Parliament was elected in 2017, after the referendum result and thus reflects current public desire better than the referendum. The second is that Parliament is inherently more representative of the country. It has a variety of parties, of personalities, that all come together to reflect the nuance of the ‘will of the people’. A binary referendum where one side is deemed to speak for the whole country forevermore cannot capture any of that, instead, obliterating nuance and lending itself to false narratives of ‘overwhelming’ mandates. Therefore, the idea that there is a democratic case for the referendum to override Parliament is a monstrous hypocrisy.

In the end it comes down to this: if the people wanted a No Deal Brexit, then why did they elect an anti-No Deal Parliament? Not only does the government not have an answer to this, they are running scared of a general election precisely because they know that they do not have enough popular support. Parliament is being sidelined not because the government is deeply committed to democracy but precisely because it holds it in contempt, because the people sitting in the offices of No.10 believe that their Nationalist ideological project is so important that it supersedes democracy.

We elect Parliament and so it is a representation of the people’s will – that is the basis of our democracy. To attack Parliament in the way the government is doing is to attack democracy itself and this government must be held accountable for its actions. If Parliament is prevented from doing so then it will be up to ordinary citizens to take action in its stead. 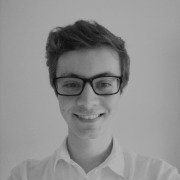